According to a prior interview by Johnson, he and Warren were “joined at the hip” for three years:

“We may as well have been joined at the hip for those three years, spending countless days, evenings and weekends together preparing for and attending debate tournaments throughout Oklahoma and elsewhere. “Yet I never tired of working with her – not for an instant – and ever since have measured each subsequent relationship with a professional colleague by my collaboration with Liz,” said Johnson.[1] 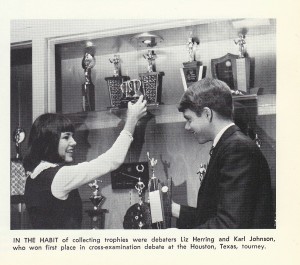